Engineering Club Firing Up to Double Its Numbers 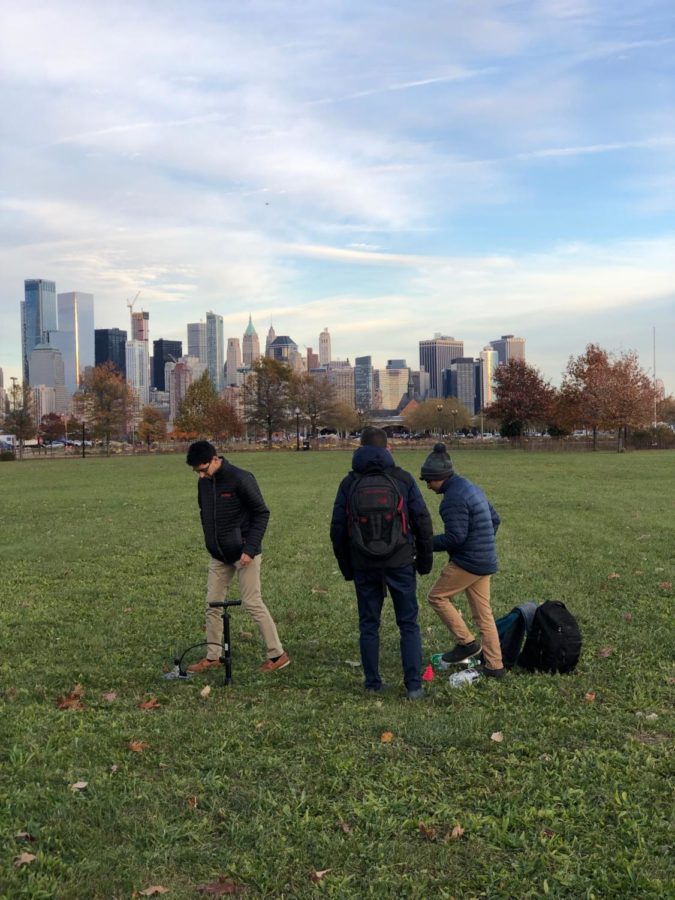 In its second year, the Saint Peter’s Prep Engineering Club is expecting to dive right into exciting projects such as pressurized bottle rockets. Led by Shivansh Kumar and Doctor Michael Holt, the club is hoping to engage in the scientific method as well as double their members.

The first project Kumar plans to conduct is to construct home-made bottle rockets.

“This was one of the projects that we had last year,” Kumar said. “We hope for it to have similar success this year.”

The club’s inaugural year was a major hit in the Saint Peter’s Prep community due to its creative thinking and hands-on activities. The club hopes to carry their past success into their new year.

“The first year went well,” said Dr. Holt. “We had a pretty good number of members, but I hope for that number to increase.”

Kumar agreed stating, “We hope to add to our meeting attendance by eight to ten people to get more students involved.”

In terms of club appeal, Kumar argues the idea that engineering is only for a certain type of student.

“You don’t necessarily have to be a maker or a nerd,” Kumar suggests. “This club only involves creativity, and not some insane calculations of math or science.”

The club brings extensive joy to all facets of the Prep community, especially it’s active members.

Soren Mayendia, an avid member, stated, “The club is really fantastic, Doctor Holt and Shivansh create it a great environment to have fun and learn at the same time.”